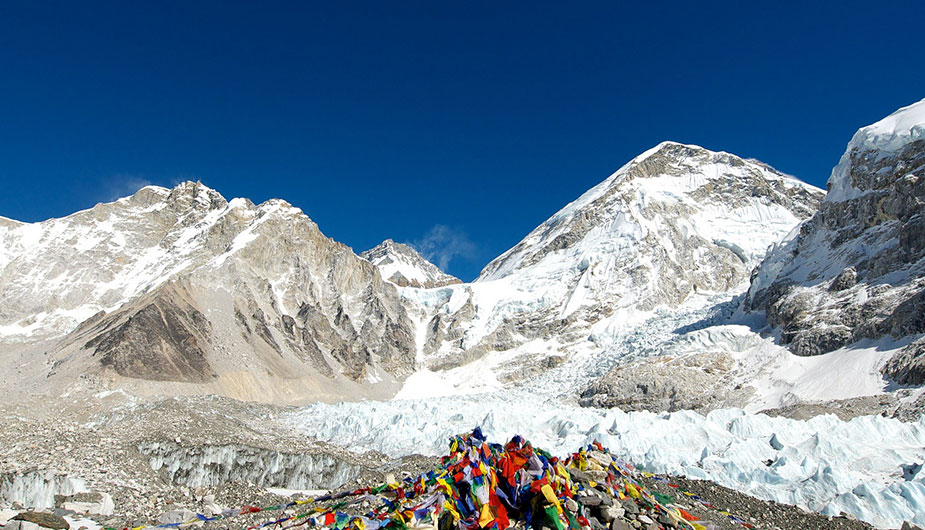 Mountains are beautiful but they may turn dangerous sometimes. Whether you are taking an innocent walk in the mountains or trying to go the full distance by climbing to the top, you have to be wary of the various threats that the mountains pose.

Going to the base camp doesn’t require special mountaineering tools such as hooks or ladders and therefore is relatively safe. Only a few deaths take place at the treks to the Base Camps. And it is usually due to extreme carelessness.

Although there is no doubt that there have been deaths at  Everest Base Camp, these deaths are not excessively large. In this day and age where even lies spread like wildfires, you have to check your sources before you can trust anyone.

Getting to the top of Everest is indeed dangerous. It requires extensive training in mountaineering institutes and involves a lot of financial investment. And the dangerous tracks to the top of the Everest can result in a few deaths.

Most deaths are a result of inexperienced climbers who are too willing to do anything to catch a sight of Mt. Everest. There are concerns over overcrowding at Everest too.

The Base Camp is a different thing altogether. People get to the Base Camp even with their kids in family trek routes. So, the number of casualties is very very low.

A travel enthusiast from Melbourne was reported to be the latest casualty of  Everest Base Camp trek on March 6, 2017. The Department of Foreign Affairs and Trade (DAFT), Nepal confirmed this tragic death of a father of two.

ABC news reported and consulted a few veteran mountaineers regarding the matter and concluded that altitude sickness might have played its part.

In early 2014, Rachel Burke, a scientist from the Royal Navy (UK), died while descending from  Everest Base Camp. Although initial reports maintained that there she had an underlying heart condition, it was later found out that she had trouble coping with the altitude.

In October 2014, Debra Wilding, a British mother died while coming down from her trek to  Everest Base Camp. She also was identified as having problems dealing with the high altitude of the Everest region.

In 2015, a terrible earthquake struck the beautiful and mountainous country Nepal. Everest also shared some of the troubles that were associated with the earthquake.

As expected during any event that shakes up a mountain, an avalanche struck the Everest region. The Hillary step (named after Sir Edmund Hillary, the first to scale Everest), was destroyed by the avalanche that descended from Pumori to the  Base Camp.

At Least 17 people lost their lives and 37  injured during this horrible incident.

Nature with all its beauty, wonder as well as excitement is unpredictable. She fills us up a sense of glory and amazement. But you never know when she might strike you. Nepal earthquake of 2015 was a perfect example.

There was no one who could have predicted it and prepared for the casualties that we observed. But such events are extremely rare.

With all the dangers, you also get to take measures for safety. You can certainly take steps to get yourself out of all the trouble of altitude sickness as well as prepare for the fury of mother nature.

Yes, there are a few ways that you can keep yourself protected from mother nature as well. Remember, even the most difficult things have preventive measures.

There is little doubt that people who want to climb Everest for glory and thrill put their lives in dangers. But, the same cannot be said about the trekkers to  Everest Base Camp. Everest Base Camp is a relatively safe place for travel.

But, safety measures should be taken into account. The preparation that people do is a big part of the trekking experience. Altitude sickness does play a part in your health and so does nature and climate. But as long as you keep in mind the above things, you can have a very good and safe trek to the Everest region.